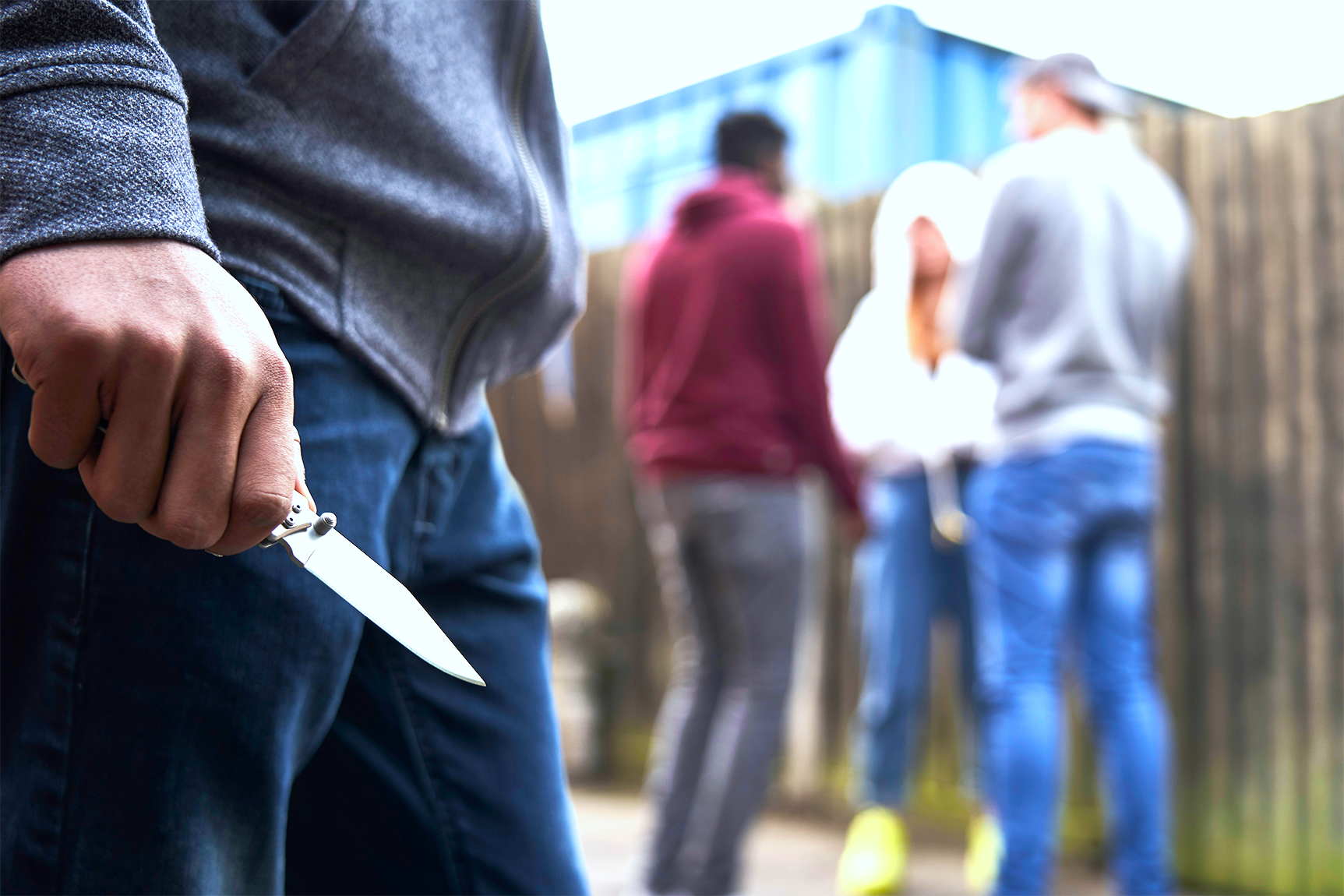 During the lockdowns in the UK since the beginning of the COVID-19 pandemic, there has tragically been a surge in knife-related crimes amongst young people. Figures from 2021 have recorded 27 homicides amongst teenagers in London linked to knife crime, leading to the highest peak since 2008.

In 2019, data from the Office of National Statistics tells us that 45,632 young people aged between 10 and 17 years old received prison sentences for carrying an offensive weapon within England and Wales. Alarmingly, over 1000 of these weapons were seized on school property.

There is speculation that these trends could be exacerbated by a number of factors: online feuds spilling over into the real world; or aggravated by the closure of schools and other key services due to lockdowns, but there has been no concrete evidence for why there has been such an increase in youth knife crime.

A great deal is being done by many local authorities across the country to respond to the growing prevalence of knife crime, by funding various educational initiatives for young people with prevention in mind.

The Department of Education (DfE) has set guidance for schools that security policies must “reflect the balance between maintaining an open and welcoming environment for learners, parents and the wider community and protecting them from harm”.

These solutions can be installed quickly at school gates, with the portable weapon threat detector or dual mobile phone and metal detector being particularly effective as a discreet yet visual deterrent for those who may already be, or are considering, bringing a blade into school.

In the 2019 report from Ofsted on knife crime research, the most dangerous time for children is shortly after school, between 4pm and 6pm. A preventative measure could be for increased staff presence around school gates and bus-stops, with the use of handheld detectors. Lightweight and highly sensitive to all metals, with advanced body search scanning and operator signalling capabilities, some varieties giving the option to be alerted to detected objects on a vibrate function for discretion, or audio-visually during those noisier times of the school day. Prior training with these devices isn’t always necessary, and can give reassurance to staff members who may need to run stop and search checks, which Ofsted’s report reported some headteachers claimed had a “massive impact” and when done sensitively, can be done “without ostracising children”.

Additionally, the presence of a fully-trained manned security team onsite can serve as rapid response to any incidents that occur, whilst relieving teachers of the increased potential to be victims of threat or violence from students themselves.

What can be done in the case of finding a casualty with knife wounds?

It has been found that, out of 26 nations, the UK ranked as the 20th worst for training on how to handle a casualty with mass bleeding. In cases such as that of the Manchester Arena Bombing, stewards were generally the first responders to casualties, despite often lacking the training or tools to deal with such traumatic cases.

In 2017, City of London Police inspector Chris Hay commented that bleed control kits should be as publicly available as defibrillators and accessible in spaces such as schools and licensed businesses, to allow first responders to assist casualties quickly in the event of an emergency. These kits should include vital first aid equipment, such as tourniquets, bandages and dressings.

Since this trial in London, new standards were released by NaCTSO and partnering organisations, for public and private sector organisations to keep Public Access Trauma (PAcT) First Aid Kits on their premises, for anyone with any level of training to use.

"The UK has a huge problem with knife crime and young people, but we are working to raise awareness, bring the right products and the right training to combat the issue from all fronts.

"We have seen an increase in enquiries from schools looking for non-invasive methods to detect prohibited items such as knives, mobiles and vape pens in schools – we have a range of products and solutions to detect these and a wide range of training courses to ensure staff are well equipped in tackling the problem within their establishments.

"Finally, our range of mass casualty and mass bleed kits, combined with world-class training from Westminster will ensure your staff are fully equipped to treat anyone who is a victim of knife crime, our kits come recommended by health organisations and knife crime prevention charities, providing the best level of care until paramedics arrive."

Please get in touch with us if you would like further information about Emergency Trauma Packs or associated Training.

Westminster provides specialist training for The Bank of Ghana